18 "Forget the former things;
do not dwell on the past.

19 See, I am doing a new thing!
Now it springs up; do you not perceive it?
I am making a way in the desert
and streams in the wasteland.

Sometimes we make a big mistake of trying to hold things all together. We look around at what's going on in our lives and it looks to us as if things are falling apart and we panic and we try to run around and run around and run around trying to hold things together, when God is the one who is shaking them apart. He's shaking it apart so that He can rebuild, and when He rebuilds, He's going to rebuild it right. Sometimes, when we see things that are falling apart in our lives we need to just step back and let them. God is clearing out the rubble to rebuild.
Posted by voixd'ange at 4:39 AM 1 comment: 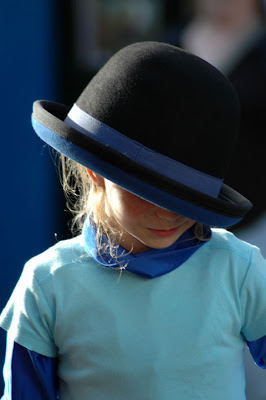 I know I haven’t posted in a while.

I’ve been taking a math class that is hell on wheels this quarter. Thank God for Pass/Fail options.

But this morning something happened. Completely unexpected.

I was having a conversation with a close friend. She revealed to me that her father, a PK and oldest of six children was beaten on a regular basis by his father. His father was also the one who taught him about God. She said he was the only child of six who was beaten and that his father usually tied the reasoning to something spiritually lacking in him.

I made the comment that the other children, having seen what he went through, probably did their best to fall in line. After all, when I was a child I had an older sister who fought constantly with my parents over everything. I, on the other hand, gave in, all the time, even when it wasn’t healthy for me. Even when it was damaging. I told my friend it was my effort to appease them.

And then I stopped.

And as the light bulb went on in my brain I couldn’t help but mouth what I was thinking.

The really horrible thing was what I couldn’t admit to my friend. Deep down inside, I wasn’t really trying to appease my parents. I was trying to make them love me.

This may sound a little corny, but at that moment, I finally realized that when people are incapable of loving you for your intrinsic value as a human being, there is nothing in the world you can do, buy, be or say to change that. And the longer it takes you to realize that, the more of your life you will waste trying to win over the people who can never really love you, instead of appreciating the people God put in your life who already do.